Todays blog isn’t necessarily a blow-by-blow, in order of sequence kind of read.  Rather its more of a “we’re hitting the highlights” of a few days worth of adventures.  To bring those of you who didn’t read my previous blog I’m now in Japan visiting our daughter Karalee who teaches English.   My first day in Japan was kind of low key.  A trip to a kind of large grocery store that sold everything from groceries to clothing to fish hooks to appliances to bicycles (which for a nerd like me who works in a grocery store…was a blast!), a trip to Udo Shrine, new food experiences, morning walks around town and a few road trips.

A Shrine that we visited right outside the town that Karalee lives.

This is a large bottle of Japanese liquor. I love the label!!  He looks like my buddy Joel Duffy!!

While waiting for Karalee to get ready for the days activities I kick back and take in an infomercial about the Japanese boy-band Crazy Five.  So yeah…

We got a little off the beaten path and had to pull over to get our bearings and saw this vending machine that sold beer. NICE!!

I’d usually wake up every morning at 5, or three in the afternoon Iowa time. Karalee’s apartment is small with thin walls.  I’d do my best to be quiet, putting in my earbuds and catching up with world and local events back home on my phone.  Its pretty neat that you can stay in touch with loved ones almost instantly even though you’re on the other side of the world. Eventually the sun would rise, I’d get dressed, make my coffee and would head outside for a walk through the neighboring streets.  These were some of my favorite times…just me, my camera and who knows what’s going to happen.

Karalee insisted that I use this cup. Meh…could be worse… 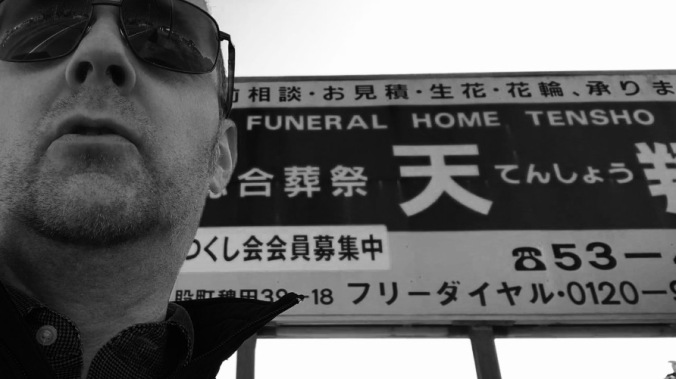 For all of your funeral needs call my friends at Funeral Home Tensho. Fast and friendly….they’ll get ‘er done!!

Japanese signs use quite a bit of English on them, or at least enough to get their point across.  I’d venture a guess that the average American could figure out what most of the signs meant.

A sign in an over-grown lot between two homes. I bet it reads “Will build to suit”

Rice fields or small gardens were tucked into practically every lot that didn’t have a building on it.

At the entrance of Udo Shrine was this sign warning of vicious monkeys. Apparently in no mood to cuddle….I leave them alone.

Udo shrine is built into a cave facing the ocean. Its breath-takingly beautiful!!

The stairway leading into the cave 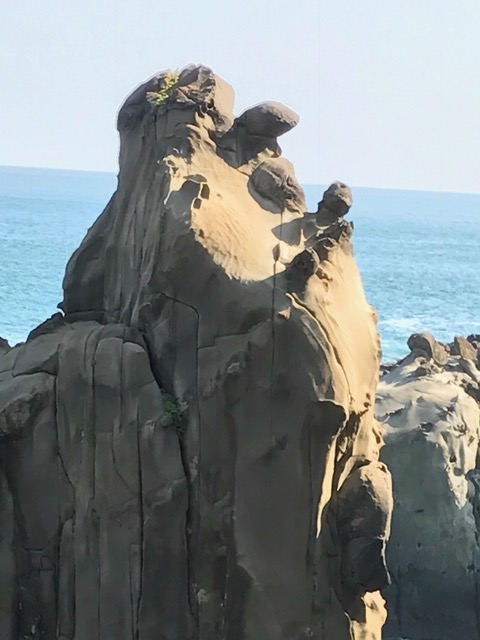 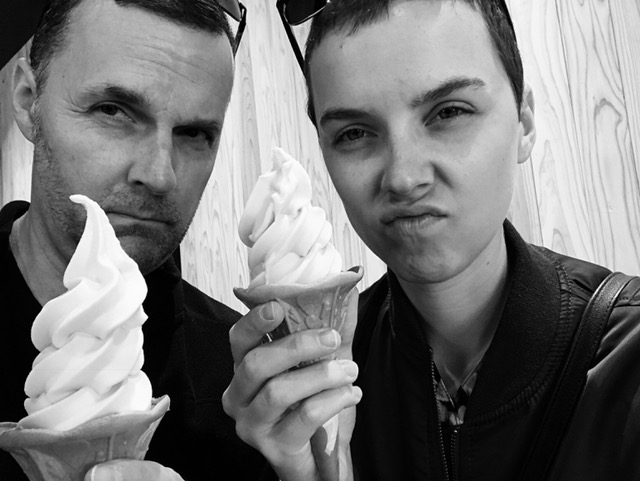 Along the coast there were some guys surfing…and some stunningly beautiful scenery.  My videos do NOT do it justice.

Having supper at a jazz club with Hayley from Australia.

I wanted to try new and different foods.  To get out of my comfort-zone so to speak.  I don’t have the kind of stomach that allows for anything too crazy but I really enjoyed this restaurants food.  Gyoza (deep fried pot stickers…my favorite), potato cheese Mochi and (for lack of a better description….fried chicken meat with tartar sauce on it (not too shabby).  I pretty much tried whatever looked good and came away from it just fine.  Dietary indemnity isn’t something that comes easily to me, but only one thing put a momentary standstill in our plans in that regard.  Another noteworthy difference between Japan and America, their convenience stores sell a lot of great food.  Dead serious, I ate at them at least once a day.  Lawson Stations and 7-11’s rock, and they don’t sell gas, or much pop (and definitely no fountain pop). 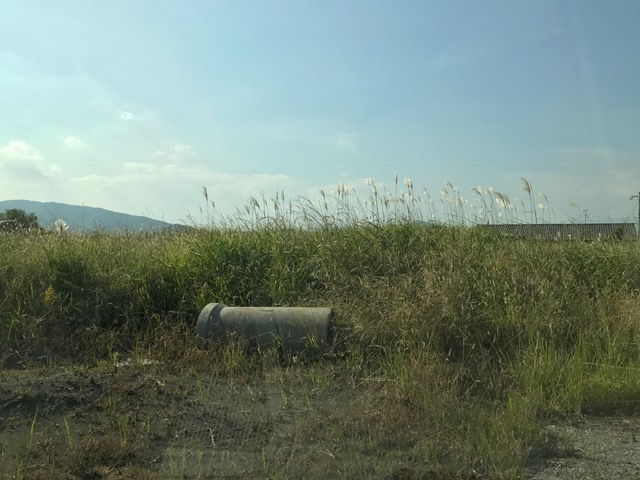 Google Maps work over in Japan much like they do in America…taking us to this vacant lot in the middle of nowhere when we were supposed to be at a restaurant in town. 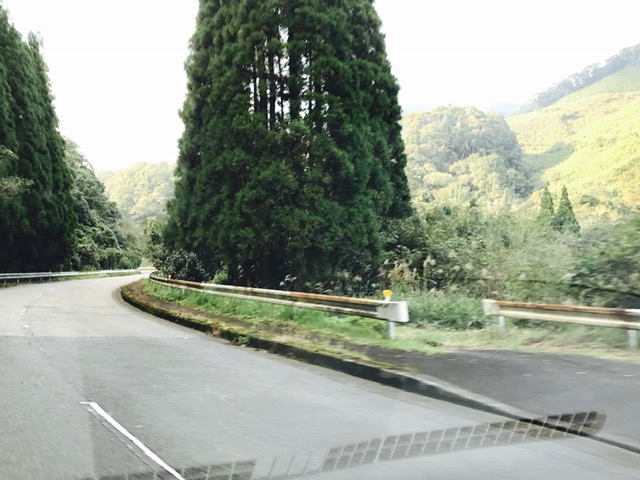 Beautiful mountain scenery on one of our trips

Mountains…lots of mountains in Japan

Karalee chauffeured me around the area, in one instance driving us an hour and a half to the coast.  Beautiful mountains, deep gorges and mountain rivers were the eye candy of the day.  If you had told me seven years ago when I was teaching Karalee to how to drive that she’d one day be driving me around the mountains of Japan, through tunnels and over high bridges it’d have blown my mind.

….and I did some modeling while in Japan…just to make a little extra coin while I was there.  True story… 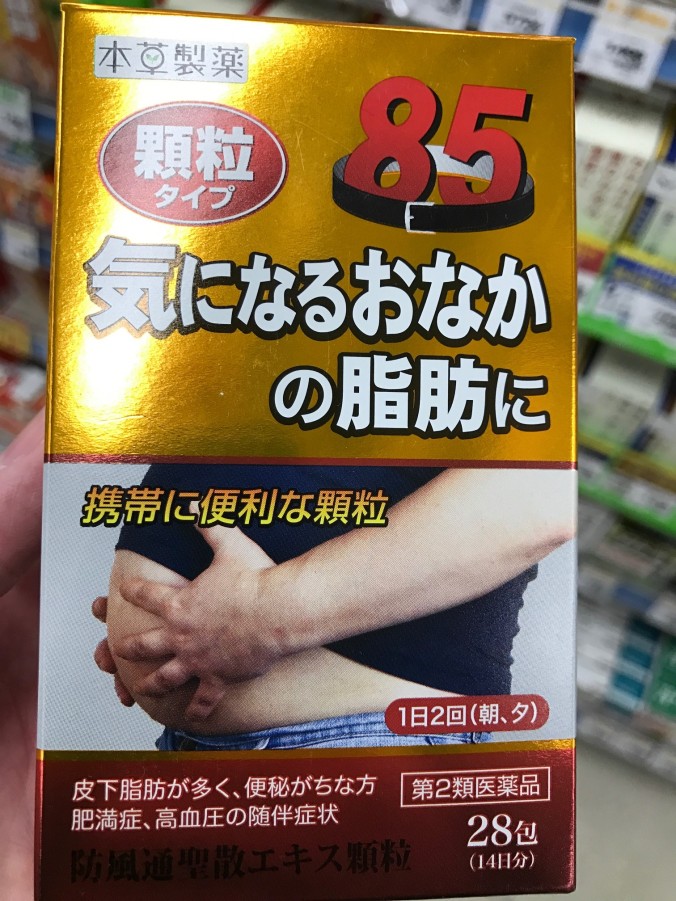 There’s still more to come later this week!!  Thanks for coming along.  Take care and God bless!